A Most Unique Garden

One day I was walking with my grandchildren in Ephraim, Utah when I chanced upon a most surprising garden.
If you'd like a closer look, scroll down. 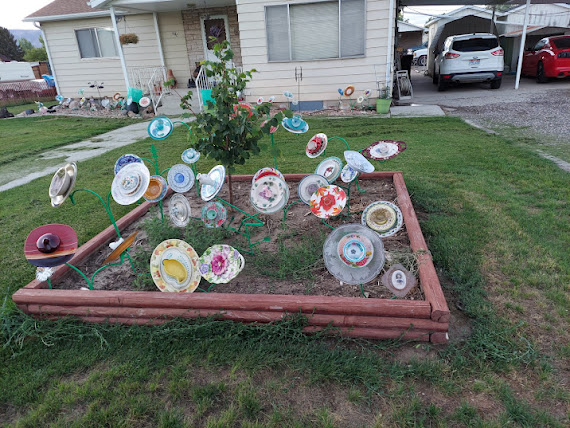 Even the "stems" and "leaves" were unusual. 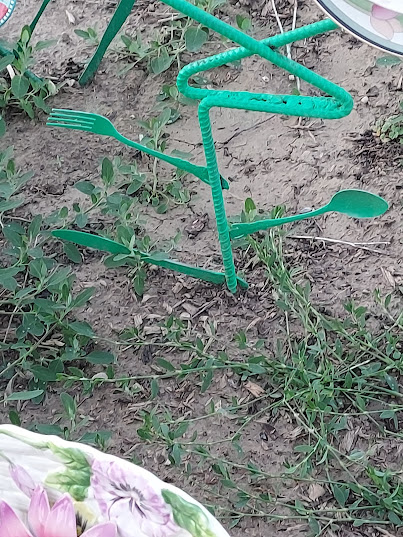 Here's a closer look at the creativity of putting dishes together to make this surprising garden. 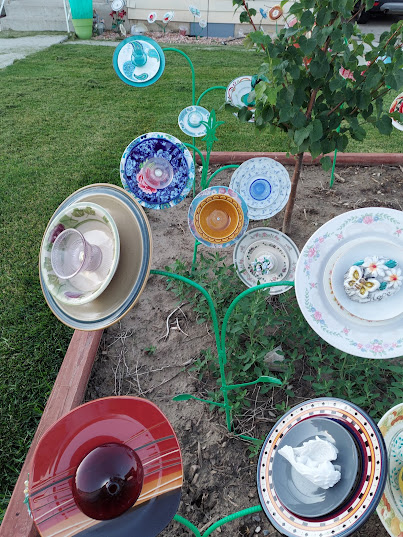 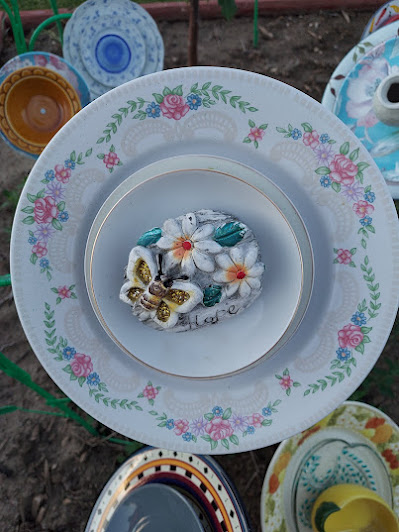 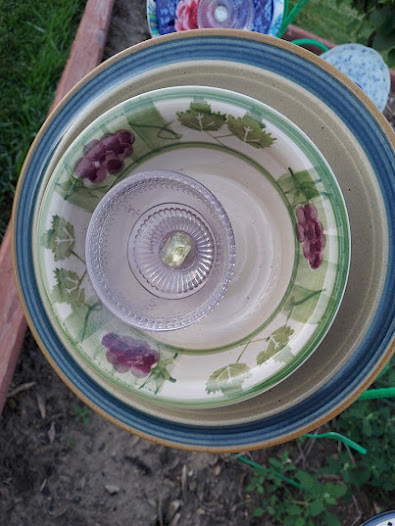 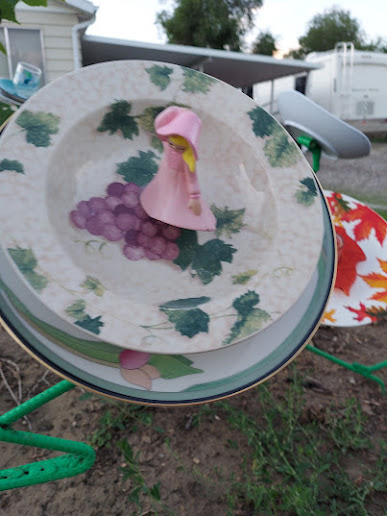 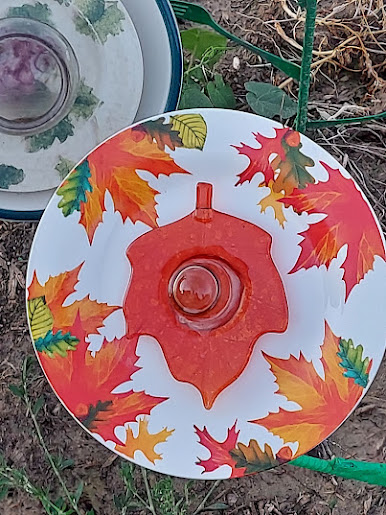 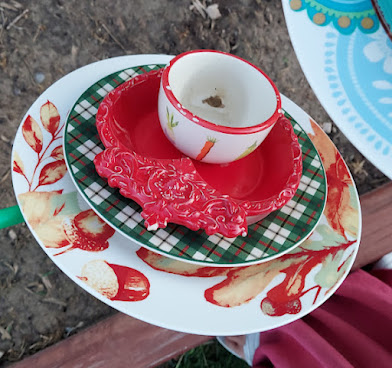 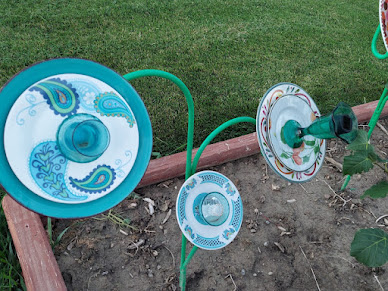 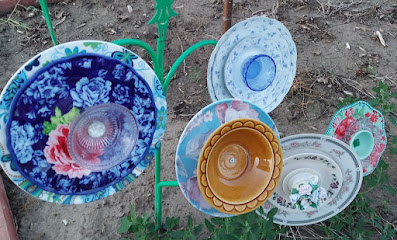 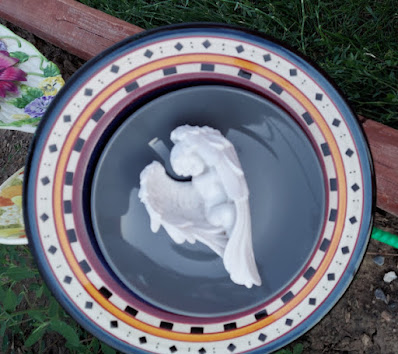 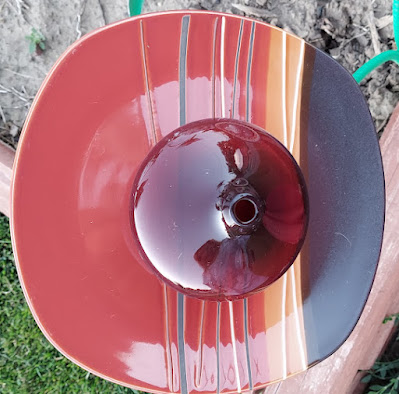 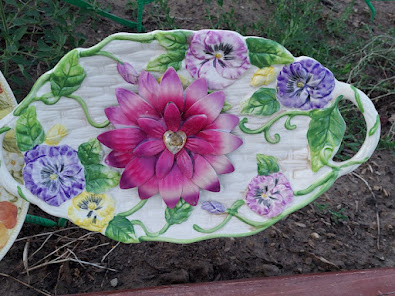 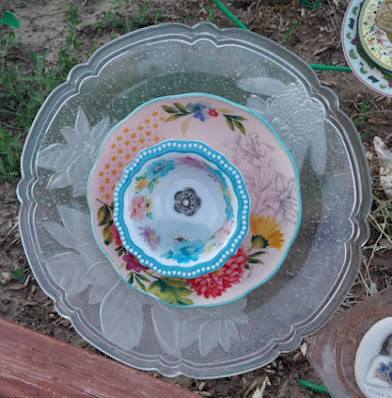 The garden even had a final polite word for me.
It thanked me for stopping! 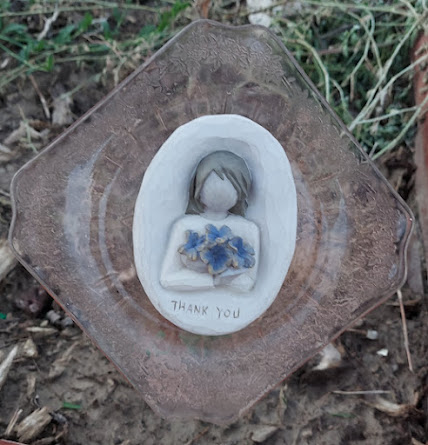 Don't Let Me Tell You! 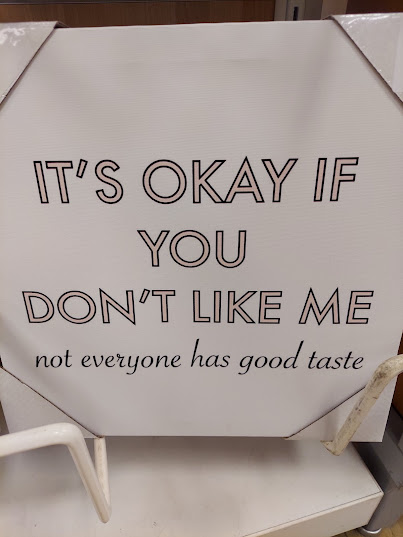 When it comes down to nitty gritty feelings, we humans actually do not have to believe what others say about us.
WE DON'T?
No, we don't.
Back when they lived at home, if one of my boys told me someone called them a name, I would usually reply, "You have a blue face."
When my son looked confused, I insisted, "You have a blue face. Go look in the mirror."
Sometimes they did, sometimes not, but they challenged my statement. So I'd say, "Just because I say you have a blue face doesn't make it true. So you don't have to believe whatever people say about you, do you?"
Even though that was a couple of decades ago, the same thing applies today to everybody. You don't have to believe what people say about you unless you want to!
What amazing freedom of thought you possess.
Have you let other people tell you how you should feel?
Do you still? ;o)
- August 22, 2021 No comments:

There's a song by the Cowsills with the lyrics, "I love the flower girl" that I've liked listening to for years, but I never met a real flower girl, or even anyone in the Cowsills. (Click their name or lyrics to hear the song.) 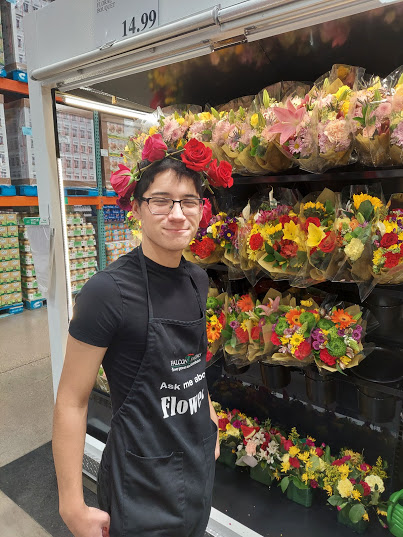 He said he likes to make his job fun. That's great advice, and it's easy to see at least one way he achieves that goal. I think someone should write a song about him, something about the flower boy with the flower hat.
Do you find fun in your job?
- August 11, 2021 No comments: