It seemed like a regular restaurant when we went in, that is, until my grandson drank his drink and the ice in his cup defied gravity. 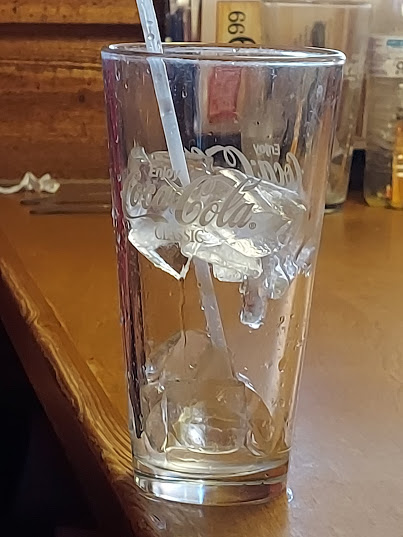 Maybe it was magic, maybe it was physics, or maybe they were acrobatic ice cubes that pressed against the sides of the glass like some people spread out their limbs in a doorway and stick there.
Whatever it was, it was an unusual sight.
What unusual sight have you seen?
- July 25, 2021 No comments:

Do you remember learning how to spell?
I remember some of it, and none of it made much sense. The English language has so many exceptions to rules that perhaps the rules should be thrown out altogether.
I mean, who DECIDES that "gh" is pronounced with an "f" sound, an "oo," or is completely silent?

So it's no wonder that the person who wrote their favorite dish and posted it on the 5 Guys Burgers and Fries bulletin board failed to follow the dictionary guidelines.
It must have made sense to the hungry author, but it looks like something else to me, so whoever wrote this can keep it all to themselves.
Do you like boorgers?
- July 19, 2021 No comments:

Youngest Son = So Much Fun! 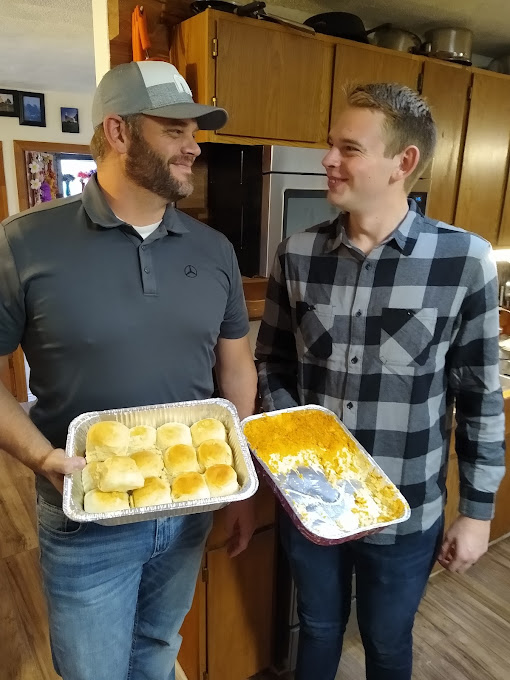 And, yes, it seems the lack of sisters has spurred our boys on to become fairly good cooks. Besides that,, we had a tradition (with the older ones anyway) of them taking turns cooking a family meal every Saturday.
The boys also had to start doing their own laundry after I found that their version of cleaning their room was to stuff all their clothes, dirty or clean, in the laundry basket, but that's another blog.
Even though as the youngest Michael got picked on, he also grew up fast, and learned how to get along with many ages and types of people.
Hey, he's a fungi...or is that fun guy?
(GROAN JOKE!)
No matter how big they get, our sons will always be my much-loved baby boys.
(And there's no question about that!)
- July 11, 2021 No comments:

Last year I declared that when I was pronounced cancer free, I'd be so happy I'd dance the Fandango!
At the end of June, the oncologist declared that my cells were normal, and Bob said, "That's the only normal thing about her."
Then I jumped up from my seat and threw confetti in the air.
Doctor Tudor said, "In 41 years of practice, that's the first time anyone's thrown confetti here."
Bob offered to sweep it up, but the nurse said no, she didn't want him to, because she was going to show it to her coworkers. 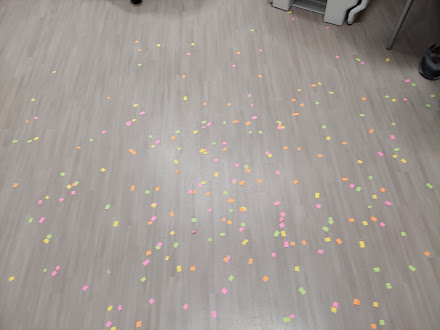 I think I should have thrown more...
😁
I looked up Fandango dance moves, but couldn't pull anything together that didn't look awkward, so I consulted my nearly-10-year-old granddaughter Kimbree for choreography help. (She makes a cameo appearance at the end.)
She can do the moves much better than I, but encouraged me to, "Move your hips, Grammy! Swing your arms!" Since I'm the cancer survivor, here's my Funky Chicken style FAN-dango!
(Watch for it at the end!)
I enlisted my 13-year-old grandson Landon as cameraman, and here's what we came up with!
I'm so happy to be granted a few more years on this vacation we call life, and I'm so glad you're vacationing with me.
Love you!
- July 08, 2021 No comments:

While walking around a nice neighborhood in Logan, I noticed a most unexpected sight outside a high-class home.
Do you see it? 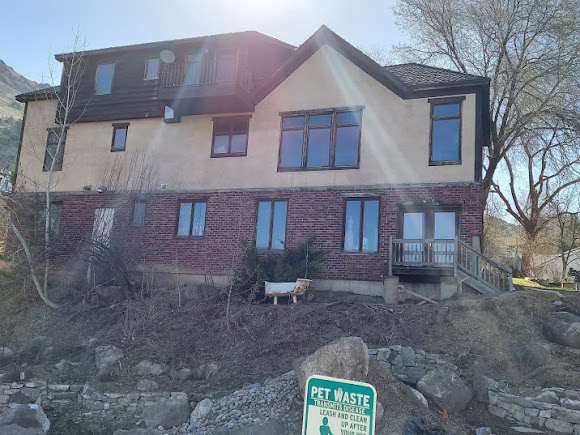 There it is! A bench with a breathtaking view made out of a bathtub! 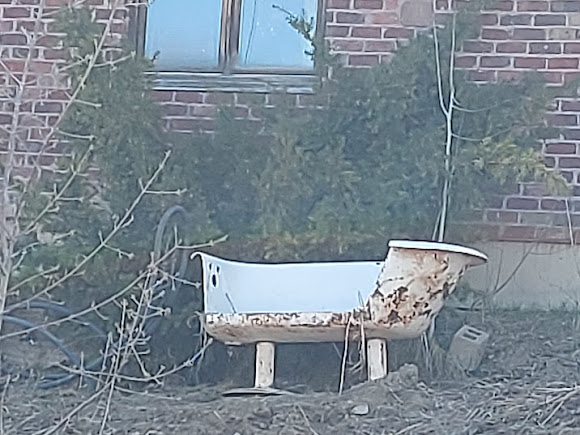