When I Wanted to be Taller

When I wanted to be taller, my baby nephew, Glenn Anderson Roth, beat me anyway.
This picture was taken the summer after Bob and I were married on June 1, 1978. 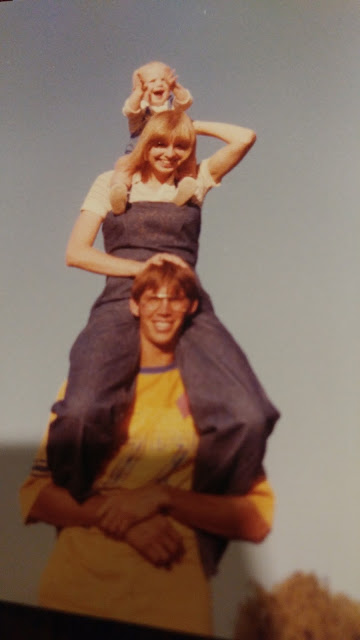 I thought I was overly tall at just half an inch away from 6 feet, but the guy I fell in love with happened to be 6' 7". I suppose that made being 6 feet tall easier, but why did I want to go taller?
(How did we do that, anyway? And how did itty bitty Glenn get on MY shoulders? LOOK HOW HAPPY HE IS!)
The details are lost, but the evidence is there, in an era before digital photography doctorization.
As the oldest of six, Glenn got a chance to reverse positions, just as happily, it seems, on the bottom tier of this family pyramid.  (Bottom row, L-R: Greg, Glenn, Grant. Middle row: Gretta and Genna. Top row, er, child: Gable. Mother Melinda is acting as spotter behind her well balanced children.) 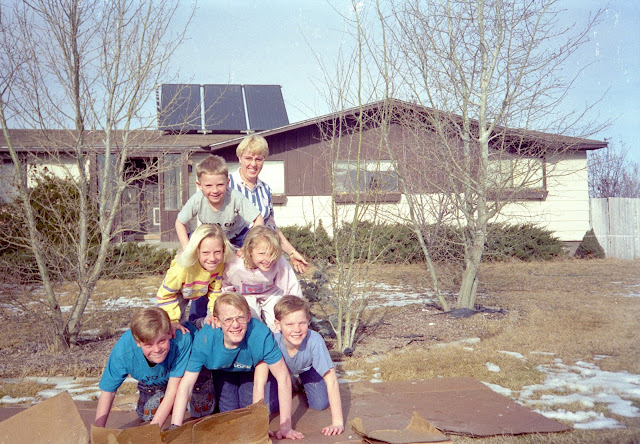 Have you ever been in a pyramid?
(Okay, I heard that, cousin Suzanne, Egypt-traveler!)
I mean, have you ever been part of a HUMAN pyramid? If so, did you get the top, bottom, or middle position?

Why would you make a strawberry taste like a pineapple? 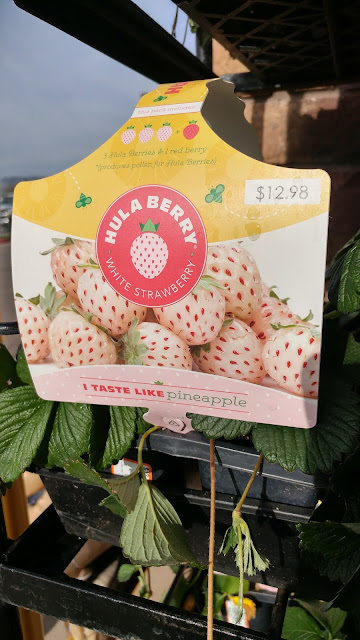 Just get a pineapple.

When I passed this road sign, I was so full of ideas about the origin of the broken side that I had to turn around and go back to take a picture. 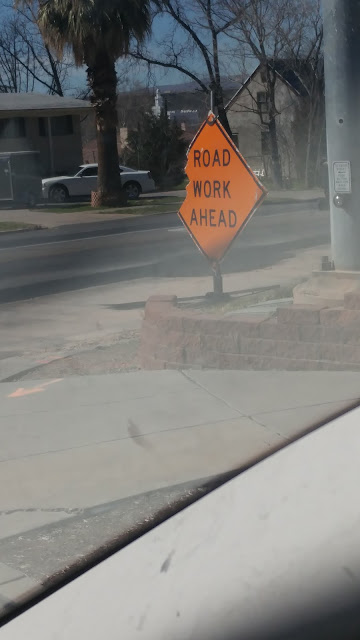 What's the first thing you thought of when you saw this sign? That it had fallen over in a high wind and broken? That it was caught up a in a tornado and whirled through the air to crash into a bridge and narrowly miss a school bus full of children? That it had been run into by a car, truck, taxi, driven by a new driver, oldster, or Siamese twins fighting over the steering wheel? That it was struck by lightning? Hit by a meteor? Bitten by a monster? Used as a weapon between road worker guys expressing their Road Rage?
It's a very entertaining sign.
What did you think of?
- August 14, 2017 No comments:

I saw this license plate that reminds me of my sister, Loraine. It's posted today because her birthday is tomorrow (laaaa!) and her husband, Kory, treats her like an eight cow wife. 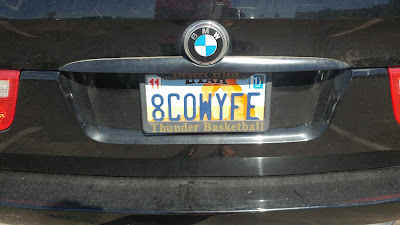 In case you aren't familiar with the story, it's about a rich, handsome Polynesian guy named Johnny Lingo who wants to marry the village "ugly" girl, Mahana. The thing is, he had to pay cows for her. Wives in the village bragged about how many cows their husbands paid for them for a bride price, with 5 cows being paid for the Mayor's wife.
Mahana's father thinks he'll be lucky to get a 3-legged cow from Johnny Lingo, shrewd trader that he was, as he had decided to bargain for a girl no one else wanted just so that he could pay almost nothing for her.
But when Johnny offers eight cows for Mahana, her father can hardly believe it. He accepts the offer, reveling in his new wealth while the newly married Johnny and Mahana go off in a canoe.
When Mahana shows up a few months later, her father claims he was cheated at 8 cows, because she is so beautiful and poised, she is worth 10 cows.
BUT THAT'S BECAUSE JOHNNY LINGO TREATED HER WITH THE RESPECT OF AN 8 COW WIFE!
He'd loved her since they were children, because she was kind and compassionate. So after he left the island and made his fortune, he came back for his childhood sweetheart.
Just like Kory and Loraine (except they were college sweethearts.)
Awww!
Where did you meet your sweetheart?
- August 07, 2017 No comments: