I was told more than once that I needed a flag on my recumbent bike so that I wouldn't get run over by a semi. In fact, when I pedaled across streets, I sat so low to the ground that there was even an element of danger that a mini cooper driver would not see me.
Originally I was responsible enough to have a bike flag installed, but but when my teenager rode my bike, he thought it looked dorky so he took it off. Then I didn't want to be road kill so I put it on to ride, then he took it off and rode it, then I put it on, and he took it off, and after a few hundred times, it broke.
But never fear, I have not been flattened! I found a solution.
There is always a way.
- February 24, 2014 1 comment:

LTUE (Life the Universe and Everything) 2014! 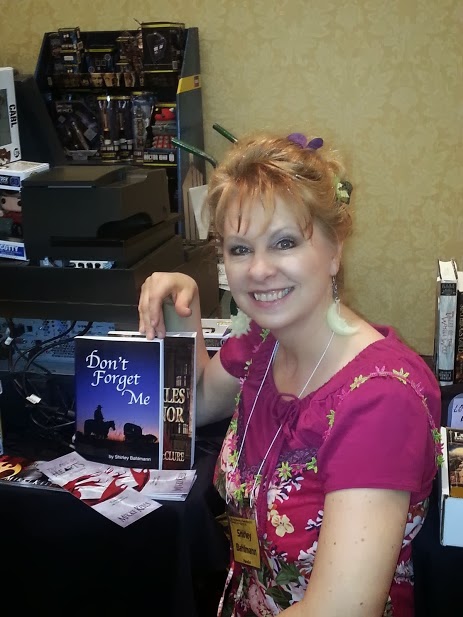 I just got home from the awesome 2014 LTUE conference in Provo, Utah, where my book was prominently displayed right in front of the cash register, 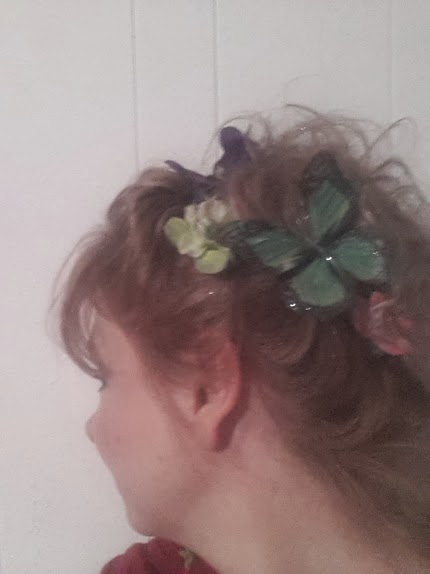 people said they liked my hair, and I got to meet some pretty amazing people, like Vini Exton (in person, since she was my broadcast English college instructor and I'd only seen her on the screen before Friday) 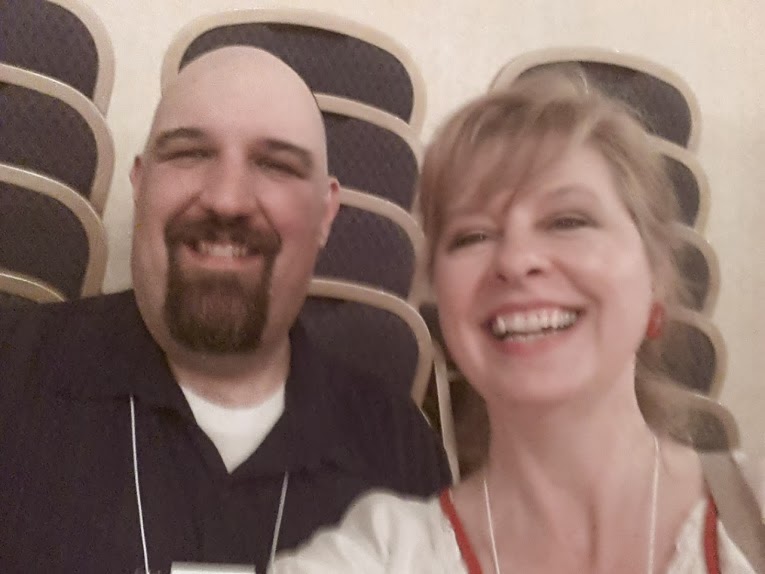 Larry Correia, author of the Monster Hunter series, which even 80 year old Grandmas like (along with cops, military people,and me!) 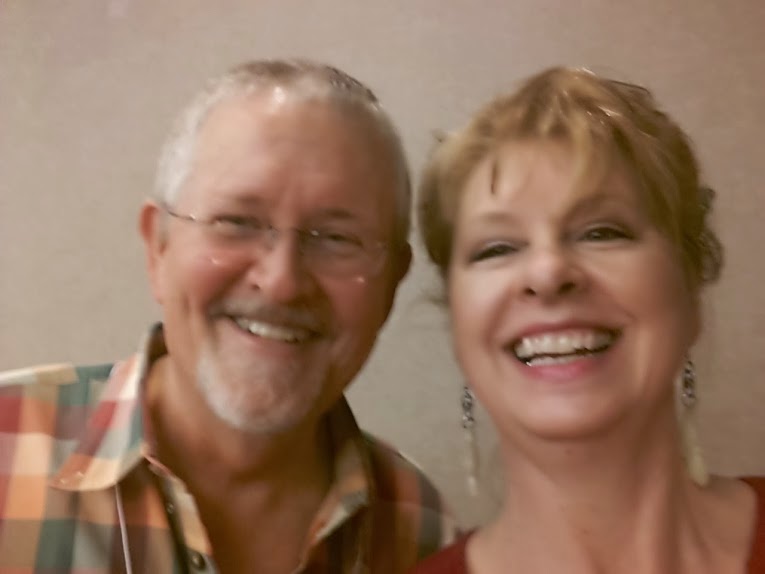 Orson Scott Card, author of "Ender's Game" along with many other books I've enjoyed reading over the years,

and Judi Collings, enthusiastic mother of best-selling author Michaelbrent Collings and wife of veteran author Michael Collings!
(A good time was had by all!)

What are you looking forward to that's fun for you? (If you don't have anything in mind, think of something, quick! Fun is good, and fun is right, so you should have fun if it takes all night!)
- February 17, 2014 No comments:

What a way to start out a life together! When I saw this "Just Married" car parked on the street just outside the cemetery, I thought maybe the couple was just visiting some dearly beloved family members' grave, but hours later the car was still there. It wasn't by a motel or anything, just sitting on Main Street outside the cemetery. The car was dead. I could only hope they'd laugh about it and have a great story to tell their kids and grand kids.

When I went arrived a bit at my friend's daughter's reception, they were still setting up because of a flat tire fiasco. From across the room, I watched the bride's aunt set the bride figure on the cake. The reception line formed while the cake remained groom-less, but I went ahead, greeting the couple and their families. When I stopped by the cake to see why there was no groom, to my amazement, I saw that the bride held a frog wearing a little top hat. The bride's mouth was puckered, ready to kiss the frog.

I'd never seen a cake top like this before, but it was so refreshing, and what a surprise...
just like love!
Happy Valentine's Day
- February 10, 2014 1 comment: 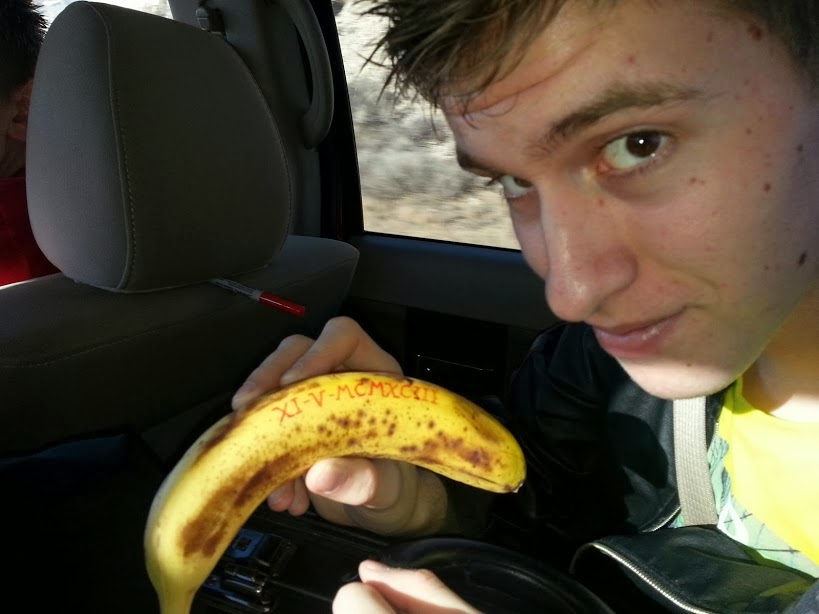 When I was a kid on long road trips, we would play riveting games such as "The License Plate Game," where we would strive to spy a license plate from every state in the union, or "The Alphabet Game" where we had strict rules for not using license plates to find the alphabet letters in order (license plates were reserved for the former game.) Another staunchly enforced alphabet rule was that another person could not use the same letter that someone else had already claimed on a passing sign, even if it was the coveted "Q" from a few-and-far-between Quaker Oil sign. We also sang "100 More Miles" (or however many miles it was to our destination.) The full lyrics (besides substituting the number "100" for however many miles you are traveling) go like this: "100 more miles, 100 more miles, 100 more miles to go-o, just pick up your feet and swing your arms, 100 more miles to goooo." First of all, it was a miracle that I never recall my parents telling us to stop singing That Song. Secondly, it was a great disappointment when I realized that finishing a verse before subtracting a mile from the total and singing it again did not result in one full mile passing beneath our rolling station wagon wheels. (There were 8 children. We needed a station wagon.) I felt that whoever had written the song was never a dedicated traveler and had no business putting a song like that out there with insufficient lyrics to cover a full mile.
Now we have a new generation of travelers, ones who watch TVs in the car and play electronic games while all those license plates and billboards pass them by. We also have those who write on bananas.
Write on bananas?
Oh, yes. Banana writing was invented when a traveler wished to practice writing Roman Numerals only to discover that while someone had the foresight to bring food, there was no readily available paper. Hence, writing numerals on the nearby banana.
Can you read the Roman Numeral banana?
(I'm actually quite fond of deciphering Roman Numerals. It's like a secret code.)
- February 03, 2014 No comments: