'Tis the season to plant gardens! 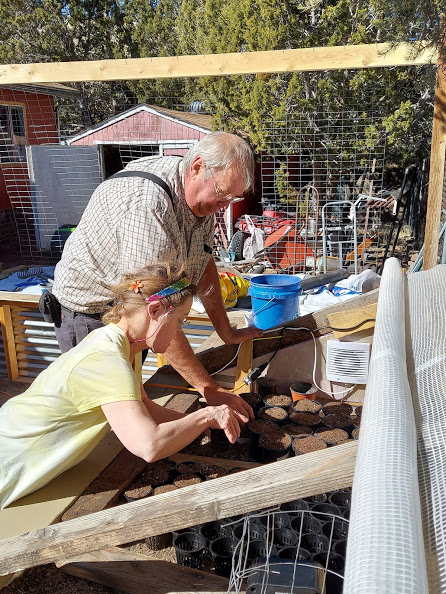 Bob and Carolyn are the gardeners in this household. Bob built raised planter beds last fall, which makes it so much easier to reach the dirt and put in the seeds and weed the plants and pick the produce.
They'll grow them...I'll eat them!
Do you like to eat vegetables?
Do you like gardening?
- March 28, 2021 No comments:

When I walked past this Easter Basket in the store, I thought it was pretty cute.
But then I had to back up. What was that adorable unicorn? 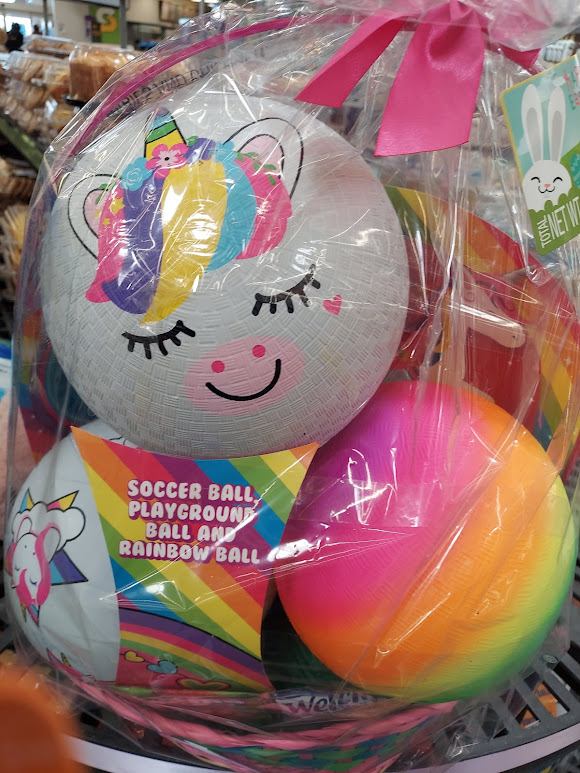 A ball?
A KICK ball?
Doesn't that mean that you'd have to kick the unicorn in the face if you played sufficient rounds of kickball to win the game?
WHO WOULD WANT TO DO THAT?
A unicorn hater...someone who doesn't know what the picture is...someone with vision problems...someone who doesn't care?
Would it bother you to kick a unicorn ball?
- March 21, 2021 No comments:

I heard that doing puzzles keeps your brain strong and improves general health and well being.
So I did some Sudoku.
This is not my first Sudoku rodeo, folks.
(o: Haha, that mental image makes me smile! :o)
More than one person has shown me how to do it, usually so fast that my eyes blur as their pen speeds across the squares, filling in seemingly random numbers until, TA-DA! They're done, and every line and every square contains the numbers 1-9 in correct order. 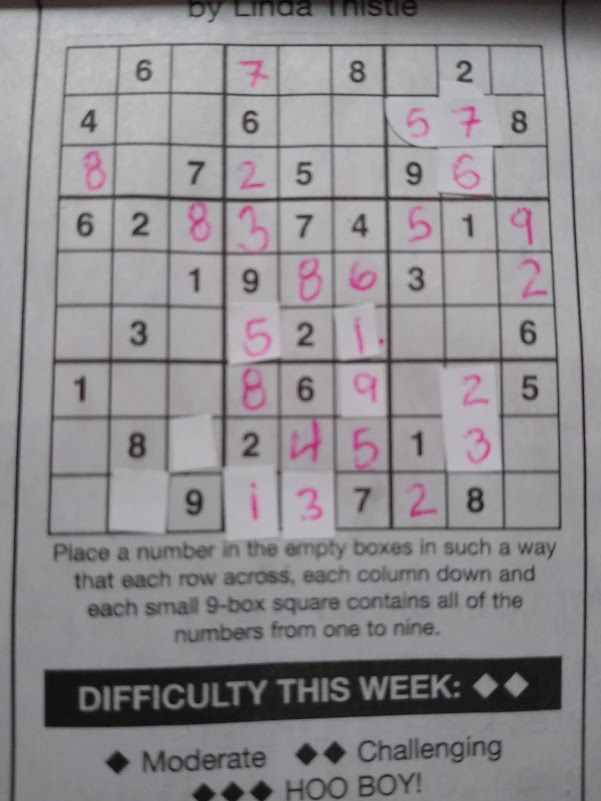 So I tried my best to follow the rules and do the same thing, but my puzzle had a mind of its own, moving numbers around when I wasn't looking to places they hadn't been before. (Why else would I have to fix so many mistakes?)
In my case, Sudoku might be better for my eye-hand coordination than my brain because of all the cutting and pasting of little white squares to fit the boxes.
You might have noticed that the puzzle is incomplete. I know, I know, get back on the horse as soon as you fall off, but I only had so much headache medicine.
Do you like to do puzzles?
What kind?
(If you like Sudoku, you can still be my friend.)
- March 14, 2021 No comments:

I try to do things efficiently, I really do. As old as I am, it seems that I need more practice in several areas.

THIS IS HOW I MAKE SMOOTHIES 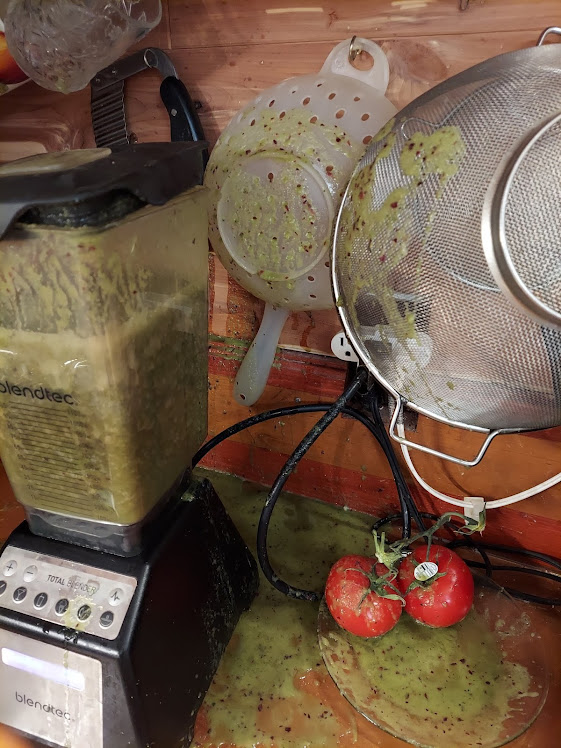 I've made smoothies for years. Yesterday I waited for a few seconds, as is my habit, to make sure the lid wouldn't pop off at the blender's high speed, since I tend to put in lots of yummy ingredients. (This time an extra addition was grapes, which made those little bits of purple you see in the spinach/pineapple/banana/cucumber/parsley/carrot/celery mixture.) Well, after I left the kitchen for a task in another room, I returned to find my smoothie half spilled onto the counter.

I'd like to say it won't ever happen again, but this is Shirley we're talking about.

THIS IS HOW I SEW 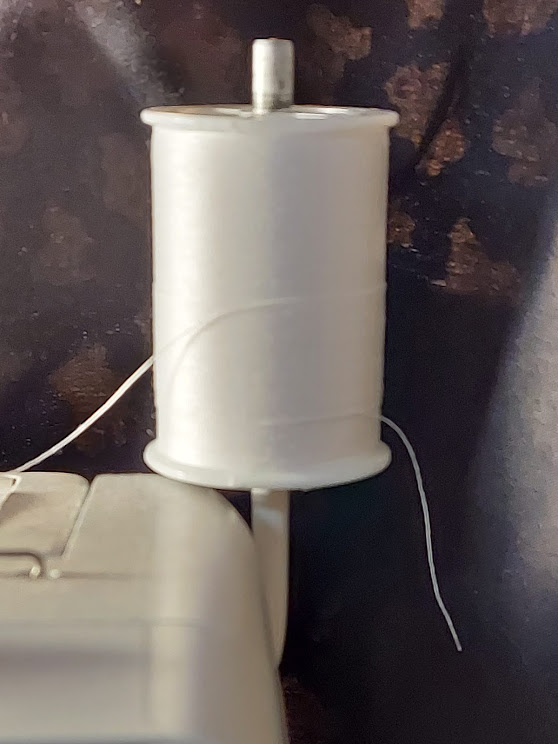 I've been sewing since I got a miniature sewing machine as a 10-year-old. The mittens I made (out of cotton material, mind you) didn't fit, because I traced around my hand without knowing I had to cut bigger than that for a seam allowance.

If you've never sewed, you may not know about thread, or that the little tail of thread hanging from the right side of the spool is NOT supposed to be there, and spells potential disaster.

Most thread I've used comes wound on a spool, then the end is pulled through a tight cut in the edge of said plastic spool and glued down by a sticky circle with manufacturer's information stamped on it.

I've managed to get the end of the thread free on many occasions, but last week, it wouldn't come loose, so I finally cut the edge of the spool with scissors to release the thread end, but managed to cut through two strings of thread instead of just releasing the one I was after. (There was ANOTHER tail initially, making three potential candidates for threading through my needle, but it seems to have been subdued by my refusal to throw the spool away.)

Extra ends, dear reader, means that the threads can twist around each other and TANGLE.

I'm sewing anyway, since I hate to waste all that lovely thread. I'm just waiting for it to work its way to the other thread end, interested to see what might happen then.

THIS IS HOW I DO LAUNDRY 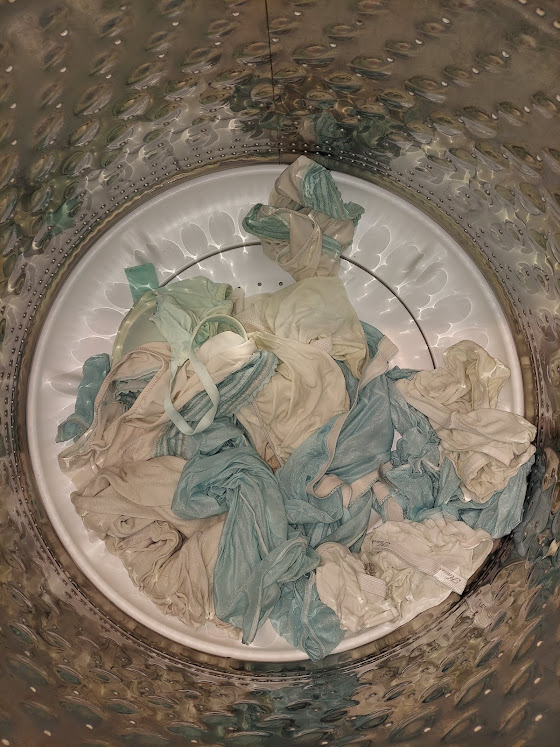 I've done laundry for decades, yet when I washed a load of whites, and threw in a faded old jeans jacket that had been washed many times before,  the result was half blue, half white clothes.

For one thing, how could the old, nearly white jeans jacket have enough dye left to turn clothes so blue?

For the second thing, how come only the silky things turned blue, and the cotton-y things stayed WHITE?

It's a mystery to me.

Do your tasks behave when you do them?

In other words, is your life under complete, useful control?

All I wanted as a simple head of cabbage, because I was running out,
but I couldn't find one on the produce shelves.
Was I missing something? (It wouldn't be the first time.)
After I looked and looked, I asked a store clerk where the cabbage was, and what do you think he said?

St. Patrick's Day is coming. A lot of traditional people like to eat corned beef and cabbage on that day, so the warehouses are hanging on to their cabbage so they'll have enough for that particular holiday.
Whoa.
Should I sell my remaining half a cabbage on the black market?
I wonder what I could get for it on eBay?
Do you like corned beef and cabbage?
- March 02, 2021 No comments: