My youngest son was telling me about a scary dream he had. At the horrifying climax, he said with wide eyes, "I scrame as loud as I could!"
Now that makes sense in an English-exception rules way..."come-came, scream-scrame."
This made me wonder all over again about the English Language. How can we ever even communicate? I found a fun answer it Steven Fry's presentation. Check it out! Kinectic Typography
- June 27, 2011 No comments:

Is There Any Other Kind?

I saw a sign that read, "It all starts with farm grown potatoes." I couldn't believe my eyes, so I read the sign again. Really? Is there any other kind, say, apartment grown potatoes?
I don't think so.
Apparently none of those potatoes ended up at certain select restaurants, because I overheard some ladies talking about going out to eat. One woman said, "They have a Sizzler and a Golden Corral," to which the other woman replied, "They don't have food."
Hm. What is on their menus, then? Food shaped furniture for apartments, perhaps?
Then again, the food-less woman may have been related to the lady at my catered dinner table. When served her plate of food, the woman scowled and said, "I only eat cereal, yogurt, and peanut butter," and pushed her plate away. She looked normal. I think she would have been happier after eating her potato, but I'll never know.
I think I'll write a character with potato issues. Maybe that character could even be from Idaho and afraid to step outside his door for fear of potatoes. (Dun-dun-dun!)
What food oddities do you have?
- June 20, 2011 2 comments:

Email ThisBlogThis!Share to TwitterShare to FacebookShare to Pinterest
Labels: potatoes 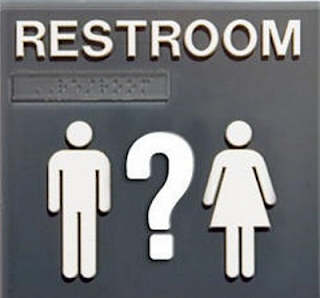 More than just for rolling the odd strike, who knew a bowling alley could be so much fun? First of all, our local establishment lost its distinctive and far superior name, "The Cow Palace Lanes" when it changed ownership. "Sno-cap Lanes?" Come on, where's the imagination there? And it isn't even spelled right!
While there, I browsed the list of bowling teams hand-written on a sheet of paper tacked to the wall. I was delighted to find, "Dolls with Balls." Now there are some gals who know how to laugh.
Half-time entertainment for our bowling game came in the form of a 2-year-old boy who ran down the bowling lane as fast as his 12-inch legs would take him. His father, a quick thinker, took off after his son, his feet pounding in the gutters so as not to mar the bowling lane finish. He managed to catch the little lad more than halfway down the lane. Good thing, too, as the boy wasn't much taller than a bowling pin.
Last of all was the man who stopped in front of the mens' restroom door. Yes, there was a mens' room sign posted. Yet the guy walked over to the ladies' restroom door to read the sign, "Ladies" before moving back to the mens room and pushing his way inside.
Could he not decide?
Or wasn't he sure?
- June 13, 2011 No comments:

At a church dinner, random flavors of fruit cobbler were set down at our places. Bob's was glistening red cherry cobbler, mine was pale apple. When I tasted each, the cherry tasted much better, a burst of flavor in a thick, not-too-sweet crust. "Hey," I whispered to Bob, "since I like yours better, can we trade?"
"Uh-uh."
"Well, then, if we both like yours better, how about if we split half and half?"
"No way."
I sat looking at my anemic apple cobbler. Since it gave me nothing to look forward to, I ate it first, feeling mighty unlucky with every soggy bite.
The char-broiled chicken was good, though. Just as I finished it off, Bob's dessert plate came scooting my way. I blinked at the single gleeful bite of cherry cobbler winking up at me. My heart warmed, my tongue tingled, and I enjoyed the last bite of sweet cherry cobbler while falling in love with Bob all over again.
When was the last time your heart was tickled by a small act of kindness?
- June 06, 2011 No comments: