I don't know how it happened... the loaf of bread was fine when I left the store, but it reached my house DOA. (Dead on Arrival.) It looked like a Great Pumpkin had sat on it.
Well, I usually give such cuisine to my dog, but I was feeling frugal, so I broke the smashed slices into chunks and put them in a bowl. Croutons swirled through my head, but we had no salad, so they swirled back out. Then thoughts of bread pudding teased my brain. I remembered bread pudding as a simple fare when I was young. After a few days (yes, the bread was good and hard) I called up a recipe from the Internet, put on my apron, and made bread pudding.
DANG, it was good! It was a lot sweeter than I remembered, especially with whipped cream slathered on top.
Even my boys liked it, but not enough to help me eat it all. Of course, I don't want to waste food. So instead, I'm waisting it!
- November 03, 2009

Liking it! I shall remember this next time I destroy a loaf of bread (pic at http://thoggy.blogspot.co.uk/2013/04/april-fools-and-cs-source-fun.html)

My son had a nail in his tire, but said he wasn't going to take it out. (Can you see it?) This seemed counterproductive to me. Nails don... 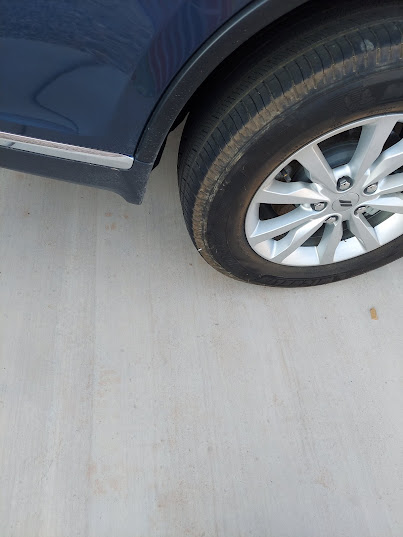