Keturah fought her way into the army, but now she's in Judea building fortifications, and the only thing she's fought so far is boredom. The work is hard, and the other soldiers don't think she can pull her weight. Her brothers are becoming strangers, and Zeke's jealousy is getting worse - because Keturah is falling in love with the wrong warrior.

But she's not about to let cruel pranks and hurt feelings keep her from doing what she knows to be right. She completes every order with faithfulness - a hasty retreat from the Lamanite army, a spy mission into the enemy stronghold, a midnight assassination. From burying the dead to whiling away hours on guard duty, Keturah will do whatever it takes to protect her religion, her freedom, her peace, and her family.
But in a camp of two thousand boys, the most important thing she has to protect is her heart.

Shirley: No, Misty, step aside. I’ll be the first one going down

that jungle path. Last time you led the way, you let a branch loose and it whapped me across the stomach. I still have a welt. Is that one of the battle strategies you learned from writing the book “Fight For You?”

Misty: You bet. It’s whap or be whapped.


Shirley: It figures. Ahhh! Look out for that snake! Oh, wait. It’s just a stick. No, no, I’ll still lead the way. After all, the Lamanites are following behind us. What is it that made you think of writing about a female warrior?

Misty: I've always loved the story of the stripling warriors in the Book of Mormon. I remember learning about it in seminary – where I was sitting in the classroom, the things the teacher said, the pictures I had in my mind. It was a very vivid story for me, and I always thought there was more to it than just some boys who went to war because their mothers taught them to have faith. When I liken that scripture story to myself, I've always identified with the warriors, not the mothers (though I can identify with both now that I am a mother). I have to put myself there – in the villages, among the warriors, beating a hasty retreat from the Lamanites. And I guess I had the question every writer has—What if? What if there was a girl there? What then? How would the other warriors treat her? What challenges would she face? Why not create a story about a girl warrior since metaphorically it is a story that is clearly meant for all of us?
Shirley: Interesting. I never wanted to fight, unless someone called me "Rock Brain." Then I was all fists. Ahhh! Where’s that screaming coming from? No, besides me…look! Lots of sharp-toothed monkeys coming down from the trees! We've got to hide! Misty, your hair is showing. Duck down lower! Whew. Are they gone? You know what, Misty? You can go first. But tell me this: are you a fighter?
Misty: One hundred percent no. I am a peacemaker – always have been. I avoid confrontation when possible. But I think there is a part of me that would fight to the death if it was necessary. I will definitely not let those monkeys hurt you!

Shirley: Thanks!  I'll only throw punches if any of them calls me "Rock Brain."


Misty: There is a part in Fight For You where Zeke is fighting Muloki, a Lamanite warrior, in the battle of Cumeni. He breaks Muloki’s arm, and Muloki switches his weapon to the other hand and prepares to continue fighting. When I read that part, I don’t see Muloki. I see myself. So, sure, there’s some fight in me somewhere.


Shirley: Then I'm glad we're on this trail together. Hey, who’s spitting on us? Is it those stupid monkeys?

Shirley: Ahhh! Find a leaf! No, a BIG leaf! There, there’s one. Hey, it’s mine! I saw it first! Get your own! You’re the leader now. Do you think Captain Helaman would get an umbrella before he made sure all of his Stripling Warriors had umbrellas? I don’t think so. You talked about Keturah losing old friends and making new ones. How did she lose friends? (Did it have anything to do with leaf umbrellas?) How did she make new ones?


Misty: Losing friends had very much to do with who Keturah chose to share her umbrella with. Keturah’s practically betrothed to Zeke, and he just can’t stand to watch her falling in love with someone else. It’s easier for him to stay away, and their lifelong friendship suffers because of it. She used to be close to her brothers, Micah, Kenai, and Darius, but now they work, camp, and fight in other units. As they all learn to rely on the men in their units instead of their family, they begin to drift apart. Sometimes if feels to Keturah as if they are strangers. And relying on her unit would at least be some consolation, but the boys in Keturah’s unit resent that she’s there. She’s not as strong as they are, and they don’t think she can pull her weight. They give her all the domestic jobs, like cooking for them and laundering their tunics. But slowly, her determination and hard work begin to win them over. Saving Reb’s life doesn't hurt either. But once she wins their hearts, she has an entirely new problem on her hands.

Shirley: Does it have anything to do with burying people? You mention that Keturah has to bury people. Did you have to research that? How did you do it? (Or do we even want to know?) Any other research tips you’d be willing to share?


Misty: You’d be surprised some of the weird stuff I get to research. I've watched tons of videos of Native American dancing and costuming. I've learned 52 ways to tie a sarong. I've learned how to cook and eat a rattlesnake (my Facebook friends were surprisingly knowledgeable about that). And I've learned how to skin an animal and tan its hide. The thing I find my readers are most interested in are the plants Keturah uses as medicines and food. I've done a lot of research, but I’m not an herbalist and have little personal experience. I do try to write in plants that are purported to have the properties my characters need them for, but there comes a point when you just have to go with what you know and take a little poetic license with the rest. As for wartime burial practices, I used my imagination on that.


Shirley: Imagination is good. Hey! There’s light up ahead! Is that blue sky? Is it the ocean? Oh, I hope it's both! Let's hurry! But tell me, how in the world did you manage to weave romance into a story about war?


Misty: It’s more like I managed to weave war into a story about love. The war is the setting where Keturah falls in love for the first time. It is the backdrop to the story of how she formed lifetime bonds with the boys in her unit. It is under the conditions of war that she learns what her family really means to her. It is the construct in which she learns to recognize the Holy Ghost and follow his promptings, in which she learns to rely on God’s love. The war we fought in heaven is continued here on earth, and we all learn and experience these same things Keturah does in a battle of our own. Besides, I just can’t get into a story that doesn't have romance in it.

Shirley: Hey, it is the ocean! This beach would be a great setting for romance, don't you think? Soak up the sun! Too bad the Lamanites are on our trail. Now, Misty, what do you know about boat making? Can you build a boat as well as you battle monkeys? And where can people get your book?

Misty: I just finished writing book eight in the series, a book about Hagoth’s ship, which did involve some research about sailing vessels and a careful reading of the scriptural account vs. what modern archaeologists say about sailing in that time period. If you’d like to read more about how all this research and imagination come together, the first two books can be purchased at online retailers or in a bookstore near you. The rest of the series is currently FREE on Wattpad and can be read in its entirety.

Thanks so much, Shirley, for taking the time for this fun interview. And thanks to everyone else for stopping by the tour today.

Fight For You is the second novel in Misty Moncur's Stripling Warrior series. Fall in love with these romantic novels set against a vivid Book of Mormon backdrop.

Misty Moncur wanted to be Indiana Jones when she grew up. Instead, she became an author and has her adventures at home. In her jammies. With her imagination. And pens that she keeps running dry.

Misty lives in a marsh near a very salty lake in Utah with her husband and children, where they cuddle up in the evenings and read their Kindles. Well, she does anyway.

Connect with Misty at the links below. 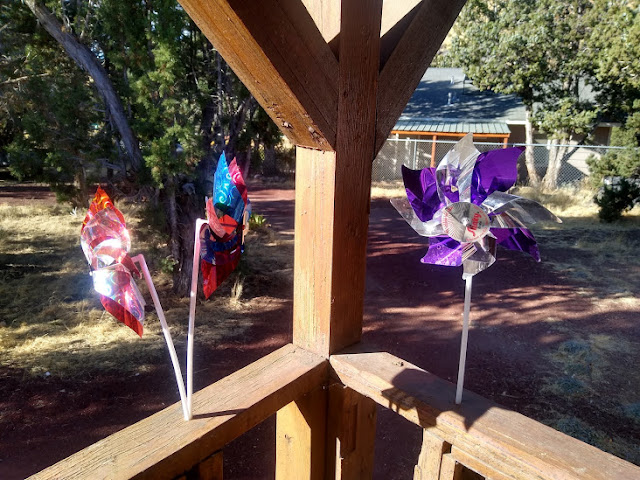