I noticed this rock outside the Dixie Convention Center while walking with my sister, but there was something out of the ordinary. An odd lump at the top of the rock caught my attention, so I bent down for a closer look. 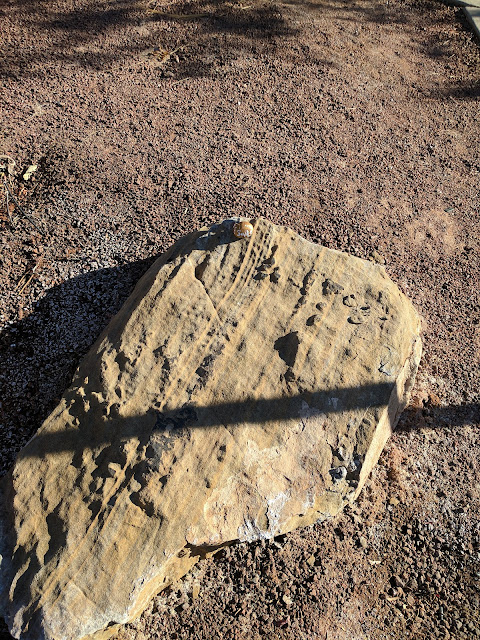 I couldn't help but smile at what I saw. 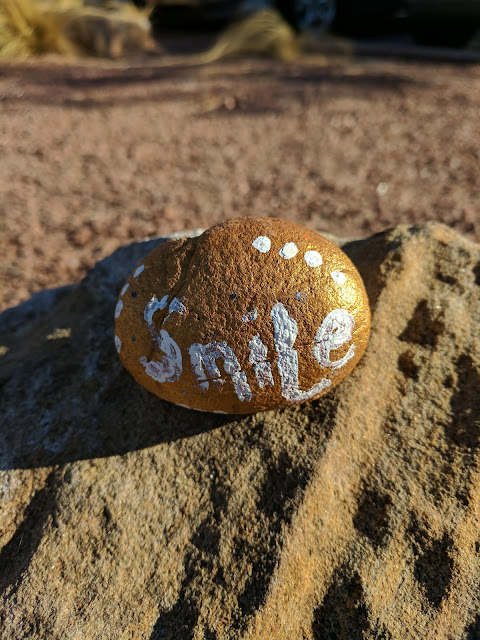 (Did you smile, too?)
Do you look down when you walk? Do you look up? How about overhead?
Where have you found the nicest surprises?

Food with a Face

While walking past the meat counter in the grocery store, I discovered "food STILL with a face" looking out at me. 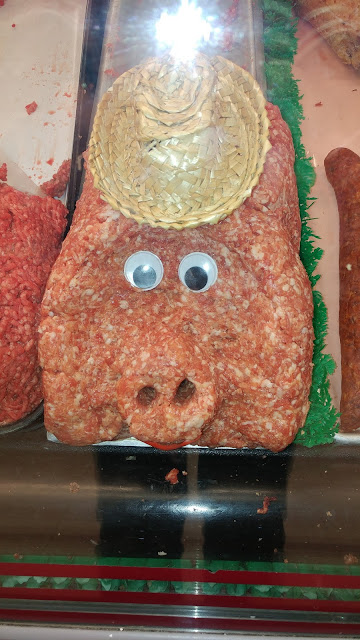 I am not a vegetarian, but this just might turn me into one.
So I wonder, is it just me? Do you find this appealing? (Look at those eyes!) Would you want to take a pound of porky, swaddled in meat wrapping paper, home with you?
(Maybe they'd throw the hat in free, you know, for fiber.)

To celebrate Brian's birthday, here is a chronicle of his brave event.
It went down like this: he bought a bunch of "dare you to eat it" jelly beans, with "good" and "bad" counter part flavors that looked the SAME! 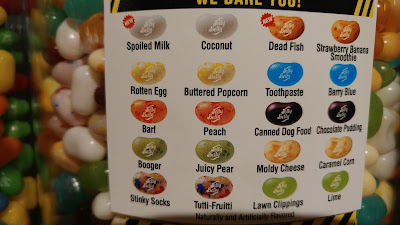 After tentative bites off the ends of various colors, Brian (left), his brother Jeff, and I deemed the rotten milk, masquerading as delectable coconut cream, as the worst flavor.
The challenge? Three white jelly beans were laid on a napkin. The three of us each picked one up with the directive to eat the whole thing, no matter what. No spitting out. No matter what.
One, two, three, GO! 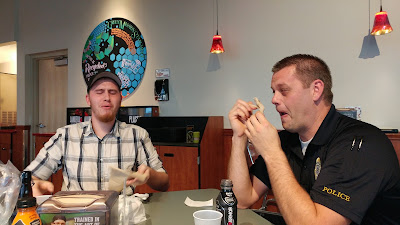 The two brothers got rotten milk jelly beans! They appeared to permeate their whole heart and soul, lingering long afterward. It was painful to watch. That's why I hid behind my camera, taking photo after photo through my tears. (It sounded like I was laughing, but honestly, crying sounds like laughter sometimes, doesn't it?) 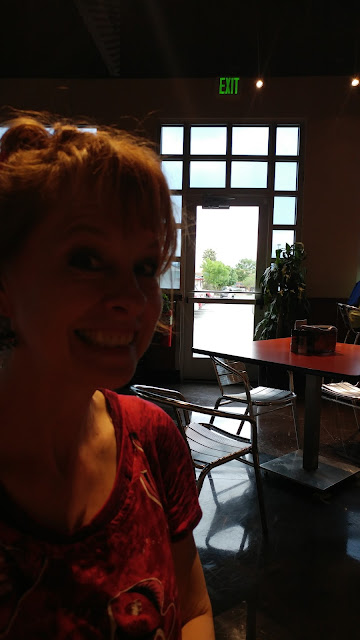 Guess who got the coconut cream?
C'est moi.
(T'was me.)
See? My boys are nice to me naturally. They don't even have to try.
But I already paid my dues. My trial by rotten milk occurred the summer after I turned 13. Running into the house, I grabbed a milk carton on the counter next to where my father stood, and poured a glass. So thirsty was I, that I chugged three huge gulps before tasting the sourness of the milk.
Pulling the glass away from my mouth, I made disgusted sounds while my father cried along in sympathy, his concern sounding oddly like laughter.
"Did you know the milk was rotten?" I demanded.
"Yes."
Feeling poisoned, I asked, "Why didn't you tell me?"
"It won't hurt you," he explained. "In fact, it was already partly digested so now your stomach doesn't have to work as hard."
That knowledge didn't make the milk taste any better.
Has reading this reminded you of a flavor you hate?
(I'm tossing in my bid for liver-hating.)
Is there anything you've learned to like to eat over the years? (I decided I liked onions when I turned 40, and avocados finally won me over when I was 50.)
So what are your worst/favorites? 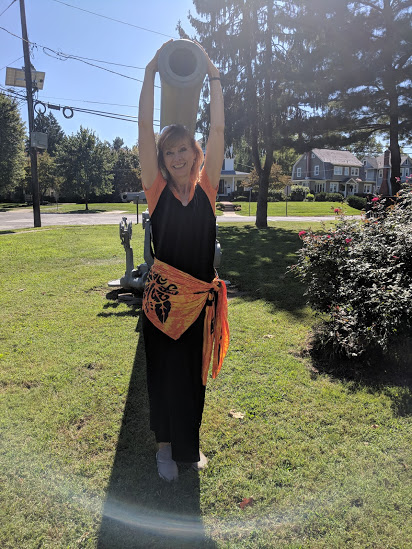